The picturesque island of San Andres lies in the Colombian Caribbean region, in the ‘sea of seven colors’. It’s a place filled with adventure stories and pirate tales, renowned for its dynamism, rich cultural diversity, and happy vibe. Whether you want to relax in the sunshine, spend time on the water, or experience incredible nightlife, San Andres is the perfect destination.

Located in the southwestern Caribbean Sea, 68 miles (110 kilometers) off the coast of Nicaragua, San Andres is part of the archipelago of San Andres, Providencia, and Santa Catalina. The archipelago, which is formed by the three main islands and a number of cays and islets, is one of Colombia’s thirty-two departments, and San Andres is its capital. The islands’ captivating natural beauty has made them a prime tourist destination, and tourism is indisputably their main business.

San Andres is just 10 miles (27 kilometers) square, but together with the other islands of the archipelago, it’s the setting of countless thrilling legends involving the sailors, corsairs, and pirates of long ago, who recognized the advantages of the archipelago’s strategic location near the coast of Central and South America mainland. The feared Henry Morgan is even rumored to have hidden much of his treasure on San Andres. Over time, as more people made their way to the island and settled there, a rich mix of cultures inevitably occurred, incorporating English, Spanish, Afro-Antillean, and even Dutch influences. The island’s diverse heritage is reflected in the fact that many inhabitants are multilingual, and some of them—especially members of the island’s Raizal ethnic community—speak a creole language known as San Andres-Providencia Creole.

San Andres enjoys a tropical wet and dry climate, like much of the rest of the Caribbean region. The weather is warm year-round, with temperatures ranging from 77 °F (25 °C) to 86 °F (30 °C) and an average annual temperature of 81 °F (27 °C). Although the weather doesn’t change dramatically from one season to another, there is a dry season and a rainy season. The rainy season runs from May to December, but the rains are typically not very heavy or long-lasting, making this island paradise an enjoyable destination at any time of year.

Fly to San Andres with Copa Airlines and discover the seven colors of the Caribbean Sea. We look forward to providing you with an enjoyable travel experience, on-time performance, and World-Class service.

What is there to do in San Andres? 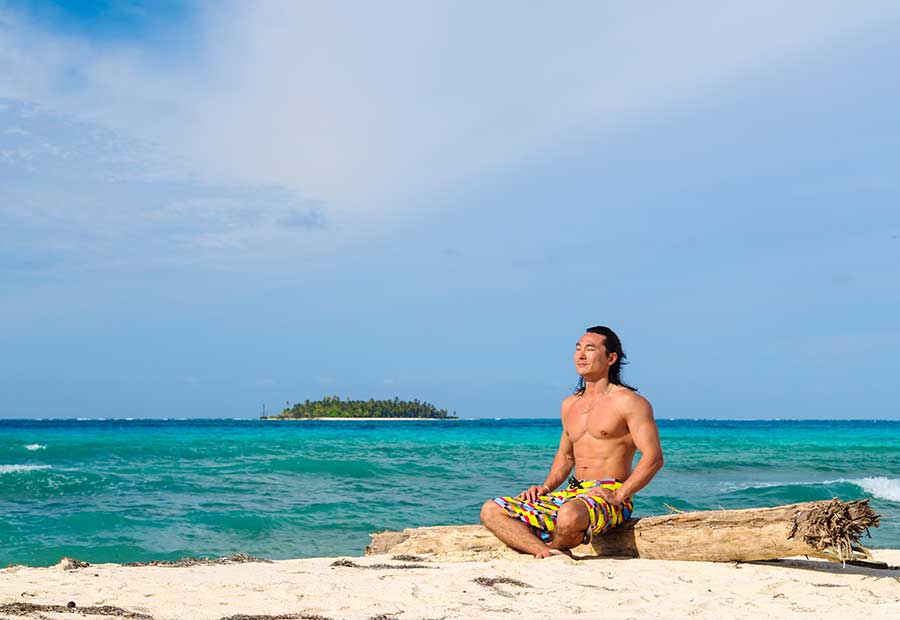 Unwind on the beach and get out on the water

There’s no question about it—San Andres’ location on the stunning Caribbean Sea is the island’s greatest draw. The beaches are known for their soft, fine sand and crystal-clear waters, which are turquoise and so many other shades of blue. San Andres has everything from tranquil beaches, like Cocoplum in San Luis, to the fun-filled all-inclusive resorts on Spratt Bight Beach, which is particularly popular with tourists. And whether you’re a thrill-seeker or in search of relaxation, you’ll find plenty of activities on the water that are just your speed.

Dance the night (and the day) away

San Andres’ rich cultural diversity can be felt everywhere. It’s reflected in the island’s festivities, in its food, and especially in its music. Calypso, reggae, and soca music are at the heart of every good party, and when the sun goes down, it’s time to dance. Whatever beat gets you moving—whether it’s tropical music, Latin music, or even alternative rhythms like electronica—you’re sure to hear it here. One of the top spots to go for a good time is the Spratt Bight waterfront promenade, which is lined with a variety of different venues, each with its own atmosphere, to suit every taste. 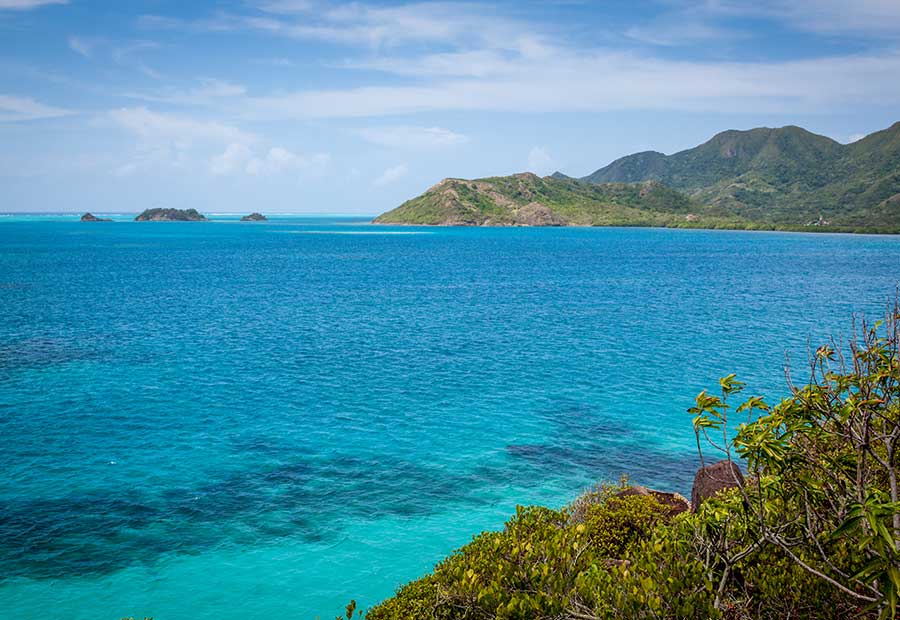 If you have a few extra days to spend exploring the rest of the archipelago, you won’t want to miss the islands of Providencia and Santa Catalina. Located approximately three hours by boat from San Andres, they’re known as “the hidden treasure of the western Caribbean.” Both islands are quieter than San Andres, and they’re connected to one another by the romantic Lovers’ Bridge. The conditions are ideal for scuba diving, especially for less-experienced divers. You’ll be amazed by the islands’ spectacular scenery, which teems with life and color, both above and below the water.

Getting around San Andres

The best way to get to San Andres is by traveling with Copa Airlines, which offers several weekly flights via the Hub of the Americas® in Panama City, with daily service to Gustavo Rojas Pinilla International Airport (ADZ) in San Andres. The airport, which is located on the northern side of the island, has duty-free shopping, cafés and other places to eat, and stores where you can buy handicrafts and souvenirs. Currency exchange offices and ATMs are also available.

To get from the airport to your hotel, all the usual forms of transportation are available, including buses and taxis. The main road runs all the way around the island, making it a cinch to get to the main points of interest. We always advise arranging your transportation ahead of time by renting a car at copa.com, but you can also find other ways to get around, including golf carts, beach buggies, motorbikes, and scooters. Bicycles are also available in the areas that are most popular with tourists. 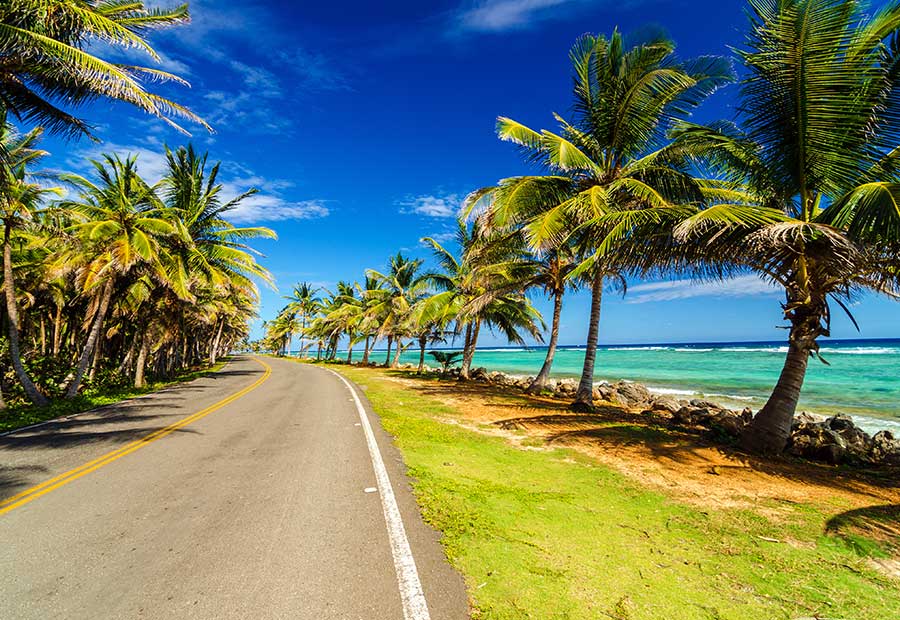 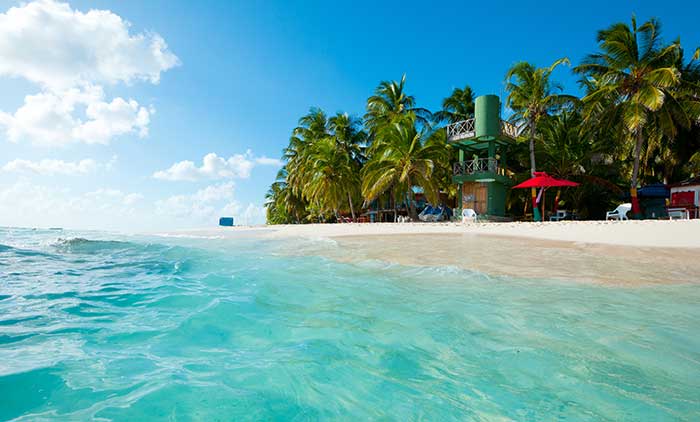 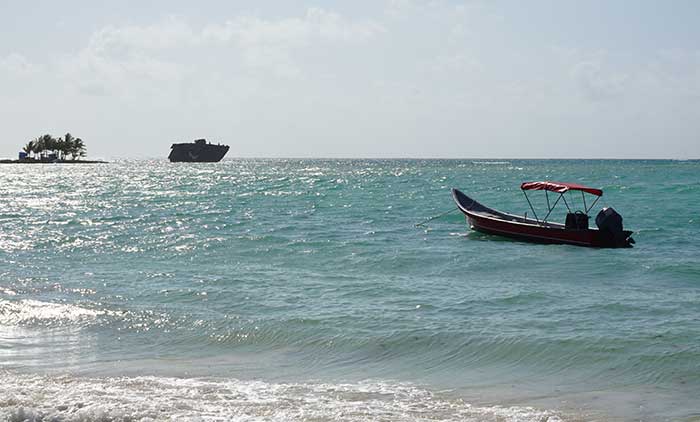