Discover the Island of Saint Martin

The island of Saint Martin lies in the heart of the Antilles archipelago. With an impressive 34 square miles (87 square kilometers) of land, beaches, and sea, the island is shared by two countries: the Netherlands and France. Without internal borders, Saint Martin’s cultural riches flow freely, and its friendly locals and stunning scenery make it the perfect destination for an unforgettable vacation filled with Caribbean enchantment.

The Caribbean island of Saint Martin is located in the Antilles, approximately 16 miles (25 kilometers) from Anguilla. It’s shared by two countries: The northern side of the island is home to Saint-Martin, an overseas collectivity of France, while the southern side is home to Sint Maarten, a constituent country of the Kingdom of the Netherlands. The capital of Saint-Martin is Marigot, and the capital of Sint Maarten is Philipsburg.

The island’s climate is drier than other areas of the Caribbean, making it a very attractive destination for ecotourism. In addition to its beautiful beaches, the island’s nature reserves are perfect for anyone who wants to hike or just go for a stroll. Loterie Farm, a private reserve on the French side, is a favorite hideaway for tourists.

There are no internal borders separating the French side of Saint Martin from the Dutch side, even though officially the island is divided between the two countries. Almost everyone on the island speaks English and Creole. You may hear a smattering of Spanish, too. Each side has its own official currency, but either currency can be used throughout the island, and United States dollars(USD)re alo accepted as payment.

With Copa Airlines, you can fly to the St Martins on a World-Class airline and discover for yourself why this enchanting destination is known as the Friendly Island.

What is there to do on the Island of Saint Martin? 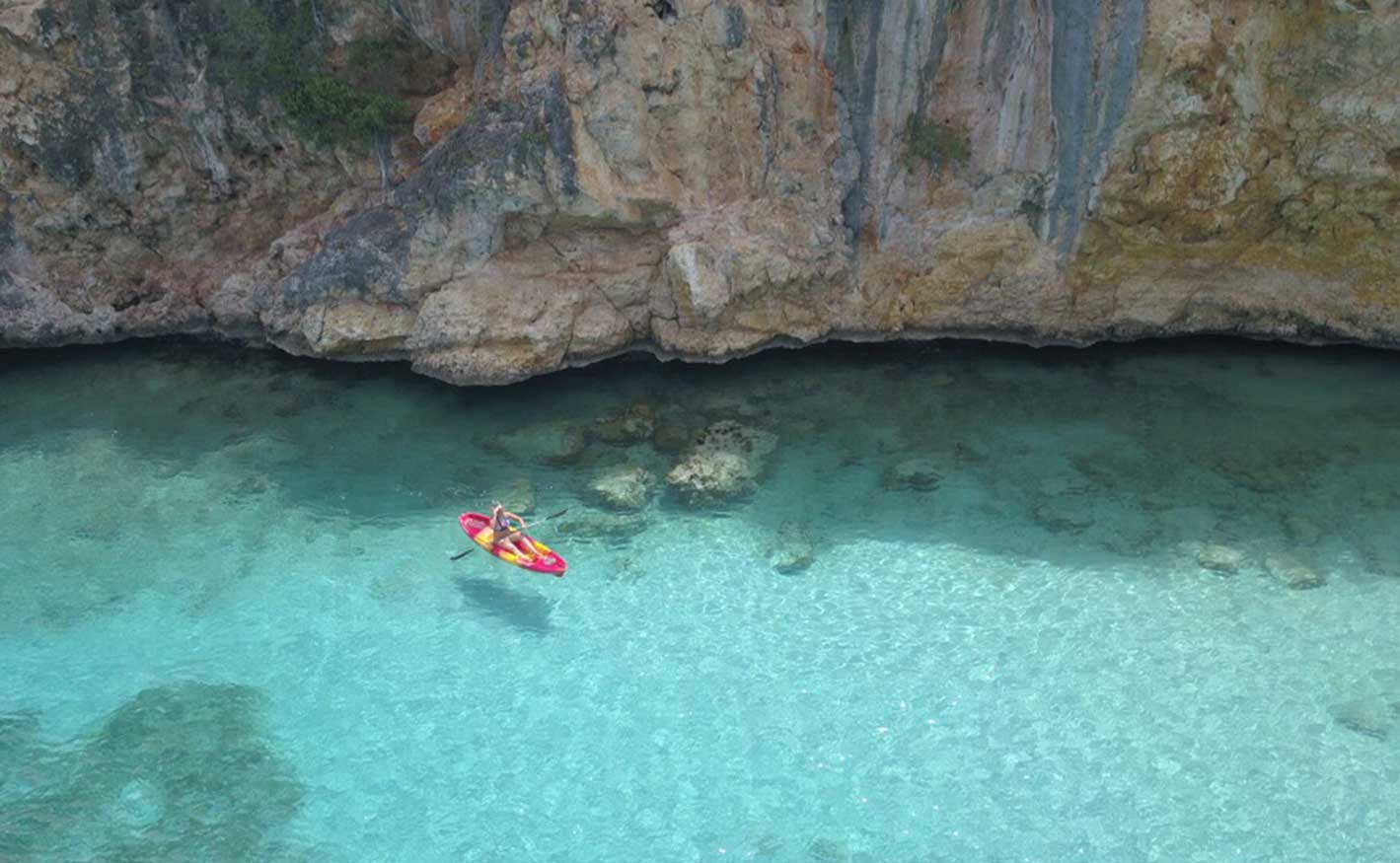 Unwind in the Caribbean

Lounge on the white sand as you luxuriate in the soothing sound of the waves and the refreshing sensation of the breeze on your skin—and that’s just the beginning. If you’re looking for a chance to take it easy, in Saint Martin you can go yachting, pamper yourself at a spa, and go shopping at the island’s duty-free shops. 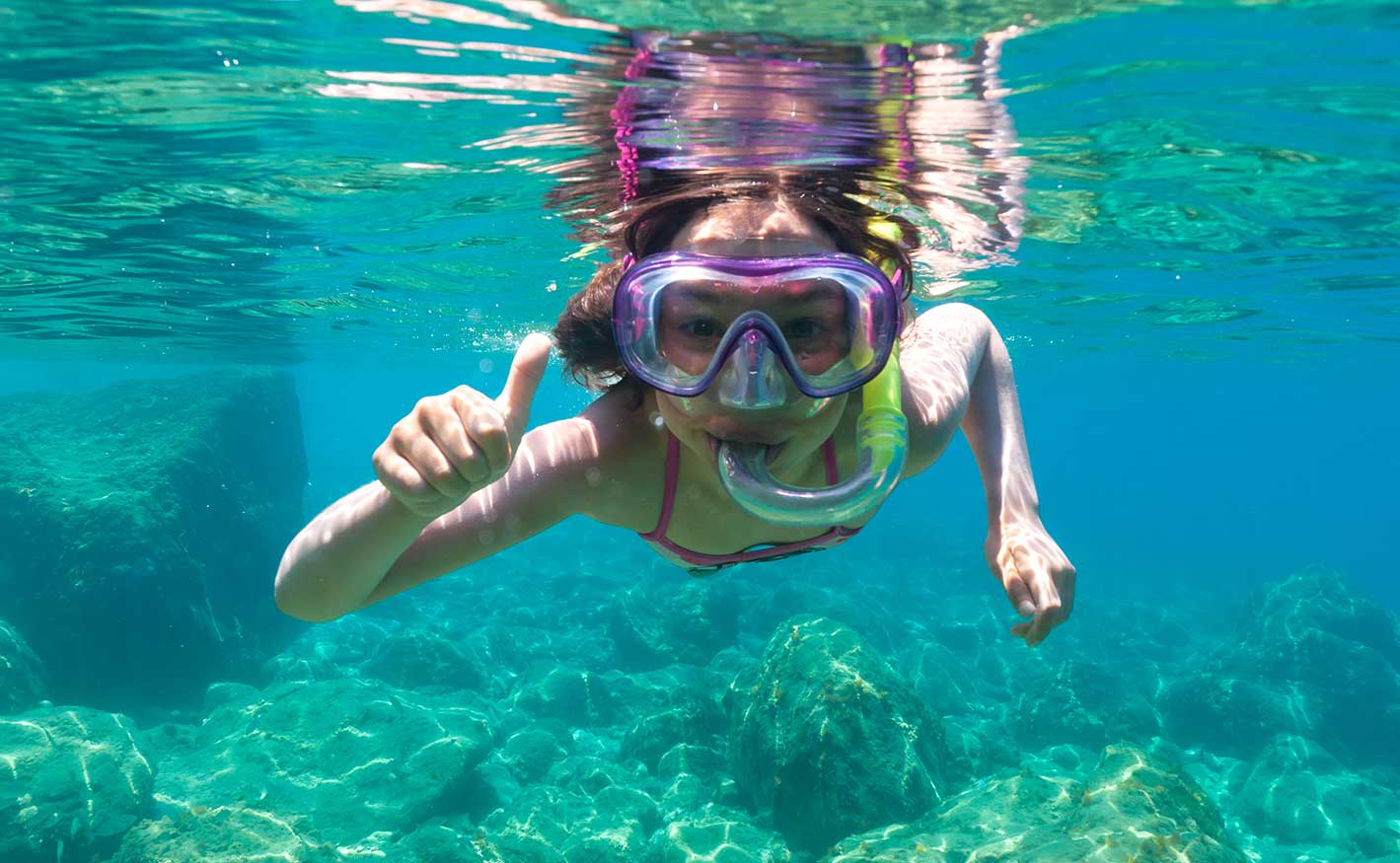 If hiking and snorkeling aren’t enough, this destination offers plenty of additional attractionss for thrill-seekers. On land, there are camping areas and zip-line courses, and the turquoise waters beckon, too. Go for an exhilarating spin on a jet-ski, or go scuba-diving and explore the world below the water’s surface. Water skiing, surfing, windsurfing, and kitesurfing—to name just a few—are always popular among the wide array of options. 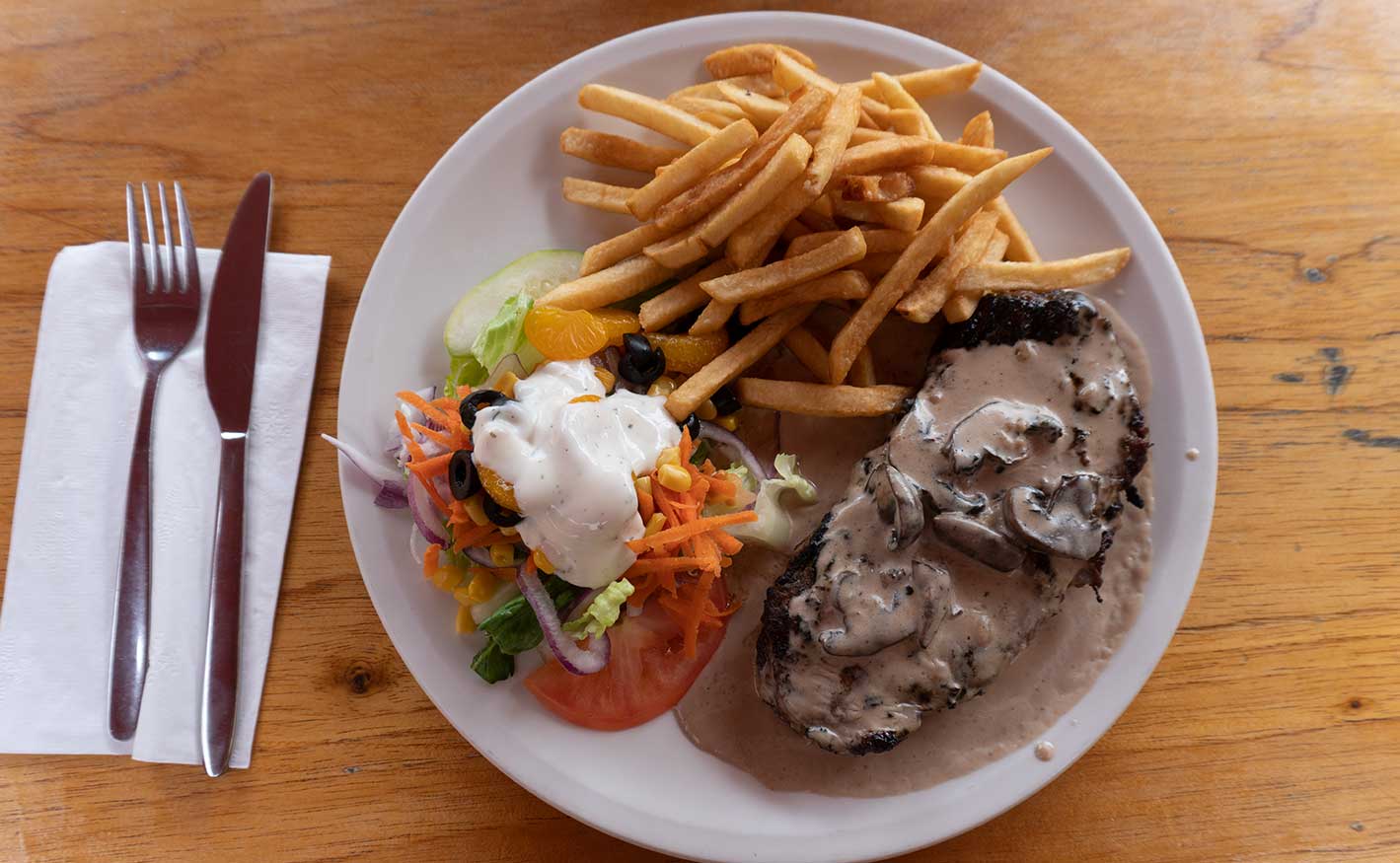 Sample the delicious variety of cuisines

In the Island of Saint Martin, European influences blend with Antillean roots. The island’s culinary capital is, not surprisingly, on its north side (Saint-Martin), in the French fishing village of Grand Case. The village boasts restaurants where advanced cooking techniques are sure to satisfy even the most demanding palates. And Grand Case also has plenty to offer visitors who want to taste the local flavor at its most authentic. The area is famous for its open-air barbecue stands, known locally as lolos.

Getting around the Island of Saint Martin

Copa Airlines offers several flights a week to Princess Juliana International Airport (SXM) through the Hub of the Americas in Panama. The airport is located in Simpson Bay on the southern side of the island (Sint Maarten). Watching airplanes take off and land at the airport is a popular way to pass the time at the nearby Maho Beach.

Getting around is very easy; in fact, you can travel from one end of the island to the other in a single day. One main road runs around the entire island, connecting the main cities. If you’d like to visit the neighboring islands, such as Anguilla, you’ll find several easy ways to make the trip across the water. On the island itself, you can get around by taxi, or rent a car at copa.com and enjoy complete freedom to explore this enchanting Copa destination.

The neighboring island of Anguilla lies just across the water from the northern side of Saint Martin. From Marigot Bay, it’s a quick 45-minute trip on the public ferry, which runs daily and leaves every 45 minutes starting early in the morning. Ferry service is also available from the Dutch side of the island, near Princess Juliana International Airport. You can also rent a private or semi-private boat on either side of the island.

Anguilla is regarded as one of the Caribbean’s best-kept secrets, with 33 beaches that are perfect for recreation and relaxation alike. One of the most popular is Shoal Bay, where you’ll find a sublime atmosphere and some of the island’s best restaurants. In Anguilla, you’ll have your choice of places to stay. There are options to suit every taste and every traveler’s needs; whether you’re planning a romantic getaway, a family vacation, a trip with friends, or a solo adventure. A visit to Anguilla, with its laid-back island vibe and friendly locals, is a can’t-miss excursion during your trip to Saint Martin. 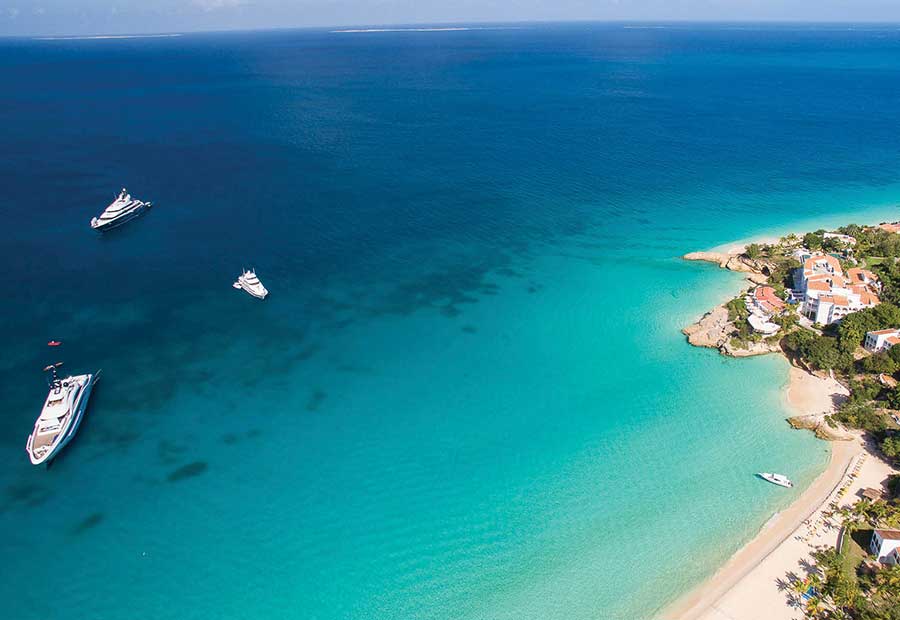 Our destination on the Island of Saint Martin