Plan your next trip to Quito with these low fares

Quito, the capital city of Ecuador, is nestled among the beautiful Andes mountains. Known for its thriving cultural scene and its friendly, hospitable people, Quito has a timeless air, and yet it’s a modern city in every sense of the word, where visitors of all interests will find countless things to do.

Quito, the capital of Ecuador, is located in the northern central part of the country, in the province of Pichincha. It’s nestled in a valley in the foothills of the Pichincha volcano, which gives the province its name. Quito’s elevation ranges from 9,350 to 10,171 feet (2,850 to 3,100 meters) above sea level, making it the second highest official capital city in the world; only La Paz, Bolivia is higher. Quito is also one of the world’s oldest capital cities, and in 1978, it was named a UNESCO World Heritage Site. The city’s historic district is among the best-preserved areas of its kind in Latin America. It’s filled with buildings that blend subtle reminders of the city’s pre-Columbian past with the baroque influences that were brought to the region by Spanish explorers.

Quito’s timeless air offers a pleasing contrast to the city’s many modern features, which include large shopping malls, state-of-the-art buildings, a full calendar of cultural events, and an innovative culinary scene. Ecuador uses the United States dollar (USD) as its currency, although the country issues its own coins, known as centavos; these coins are identical in size and value to the coins used in the United States.

Because of its location in the Andes mountains, Ecuador has a subtropical highland climate, and the weather is almost invariably spring-like, thanks to the country’s proximity to the equator. Over the course of the year, there are two main seasons: a brief summer that occurs mid-year and lasts about four months, followed by a longer rainy season, when the weather is much cooler. Temperatures tend to be quite mild year-round, ranging from 45 °F (7 °C) to 72 °F (22 °C).

Fly to Quito, the world’s second highest capital city, with Copa Airlines. Arrive at your destination on time, and enjoy Copa’s world-class service along the way.

What is there to do in Quito? 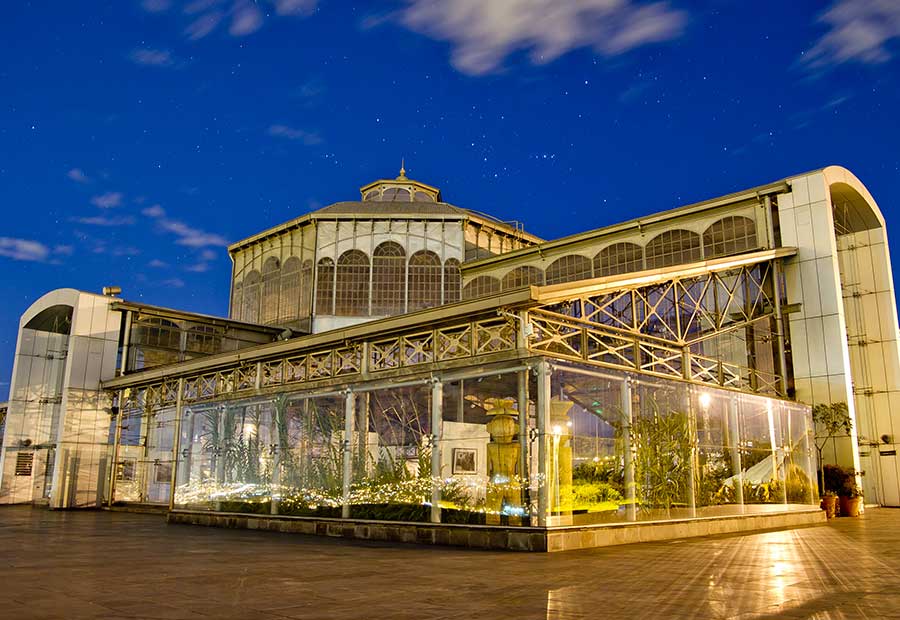 Ecuador boasts an impressive array of museums and other cultural institutions. You can visit art, history and educational museums, and also others dedicated to subjects ranging from religion to botany, and more. Several of Quito’s best-known museums—including the City Museum and the Alberto Mena Caamaño Wax Museum—are located in the city’s historic district. No matter which area of the capital you’re in, though, you’ll find any number of excellent options nearby. The Yaku Water Museum, for example, is interactive and ideal for families.

See the city from above

As you explore, you’ll discover great vantage points that offer breathtaking views of the city and the surrounding mountains. Be sure to ride the TeleferiQo, one of South America’s highest aerial lifts. It will take you to the summit of Cruz Loma, a stunning scenic overlook where you’ll find food vendors, souvenirs for sale, and marked trails to the Pichincha volcano, which is 3.1 miles (5 kilometers) away. You will also want to visit the top of El Panecillo, a hill in the center of Quito; the northern and southern halves of the city lie on either side, and at the center of the hill stands the statue of the Virgin of El Panecillo, the protectress of Quito. 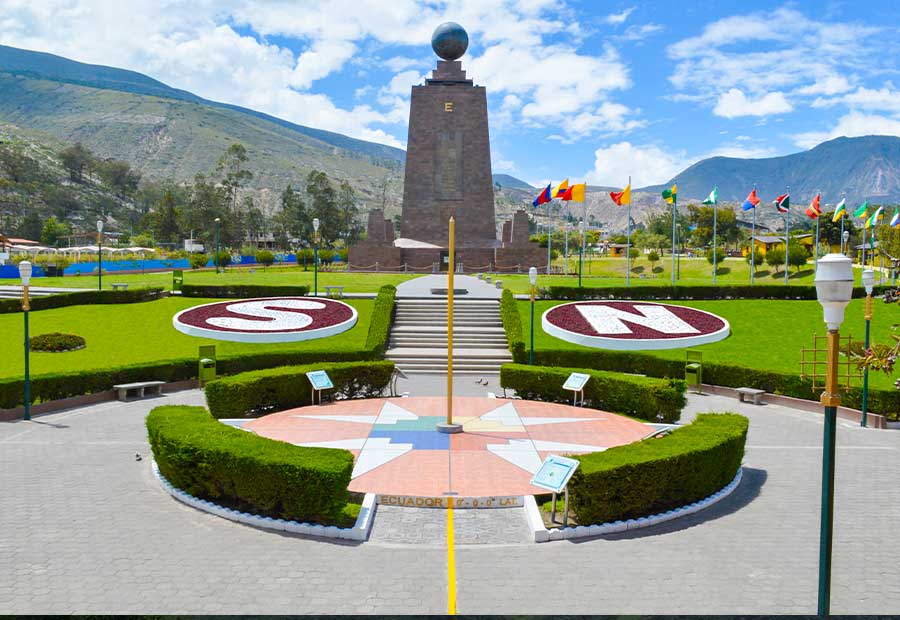 Visit the middle of the world

No doubt you remember learning in school about the equator, the imaginary line that divides the world into the northern and southern hemispheres. That line, located at 0°0’00 latitude, is less than an hour’s drive from Quito, and it’s the site of the Middle of the World City, a place filled with fun for the whole family. The Middle of the World City offers a variety of attractions, including interactive displays and monuments that will fascinate young and old alike. 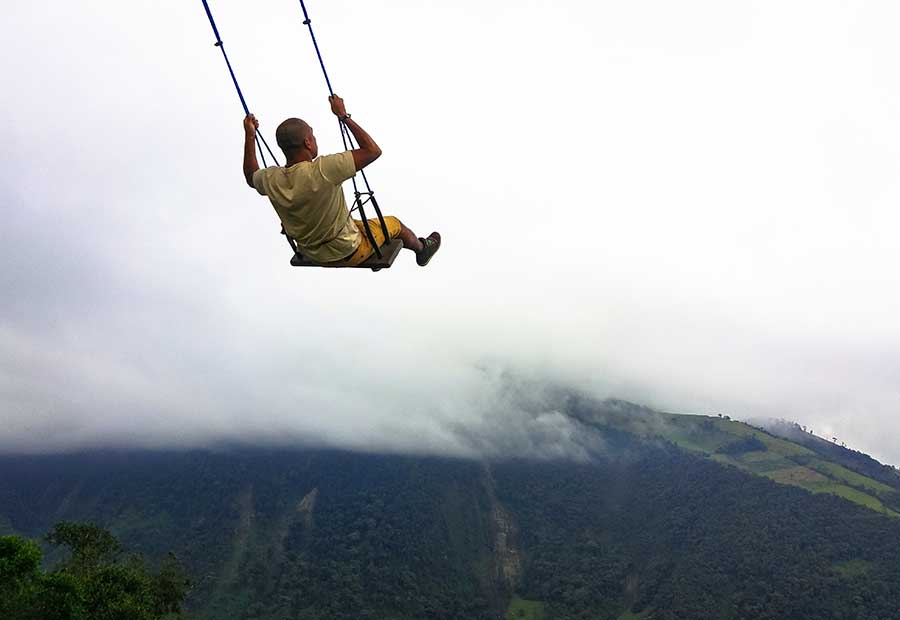 Discover some of Ecuador’s many wonders

Ecuador is full of delightful places, and some of them are just a short distance from the capital, while others are a little farther away. If you have a few extra days to spend, take time to visit the “White City” of Ibarra, two hours outside of Quito. Known for the whitewashed colonial-era buildings that give it its nickname, Ibarra is also near the town of Otavalo, famed for its handicrafts market. Or you can visit the province of Cotopaxi to see the dazzling Quilotoa volcanic crater lake. From there, you’ll want to venture a bit farther to the town of Baños, where you’ll find the instantly-recognizable Swing at the End of the World.

If you’re planning a trip to Quito, flying with Copa Airlines is the best way to get there. We offer daily service to Mariscal Sucre International Airport (UIO) via the Hub of the Americas® in Panama City. The airport, which opened in 2013, offers a full range of amenities, including restaurants, duty-free shops with merchandise from leading international brands, play areas for children, and Wi-Fi access.

Getting from the airport to downtown takes an hour or less, and there are several different ways to get there. Taking an official taxi or a bus is generally a great option, and you can also arrange your transfer or rent a car at copa.com. Renting a car is often the most practical choice if you’re planning to venture longer distances, since having your own transportation gives you the freedom to explore as you please. However, Quito’s transportation system is quite comprehensive. Bus service is available on numerous routes; some routes are served by conventional buses and others by articulated buses. You can also take a traditional yellow taxi (make sure it’s an official taxi with proper identification), or you can arrange private transportation using the mobile apps you’re already familiar with. 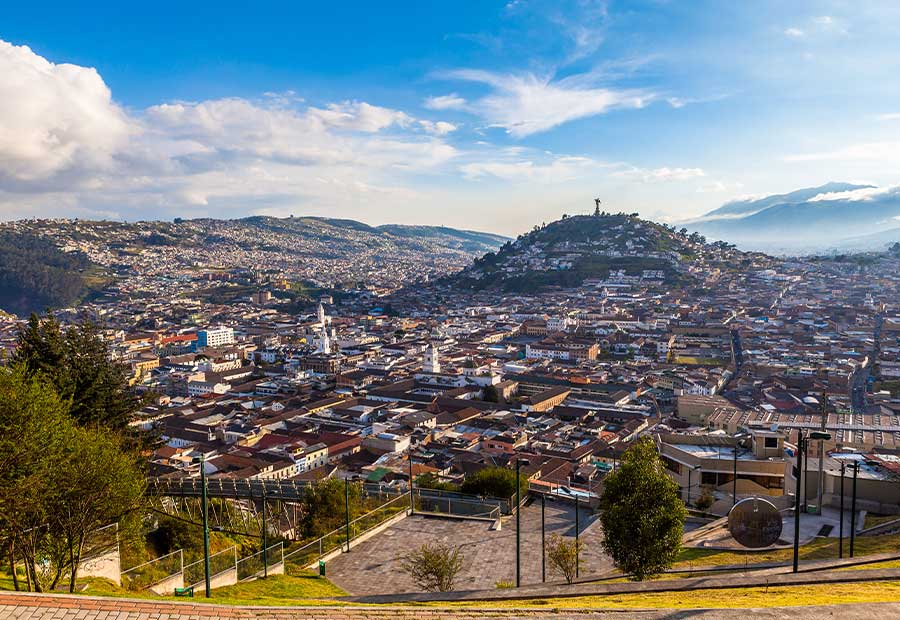 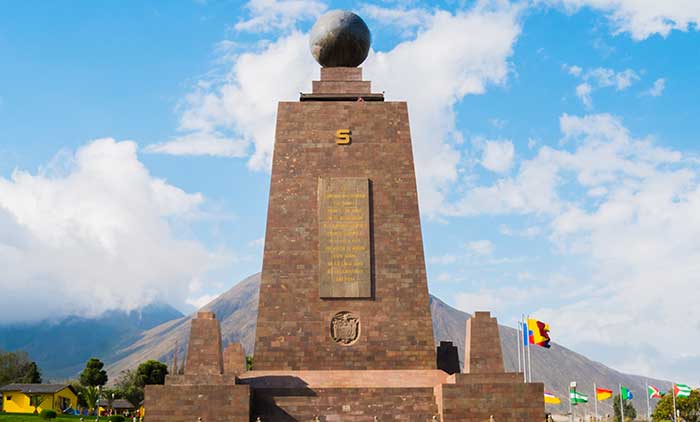 Middle of the World City

Basilica of the National Vow 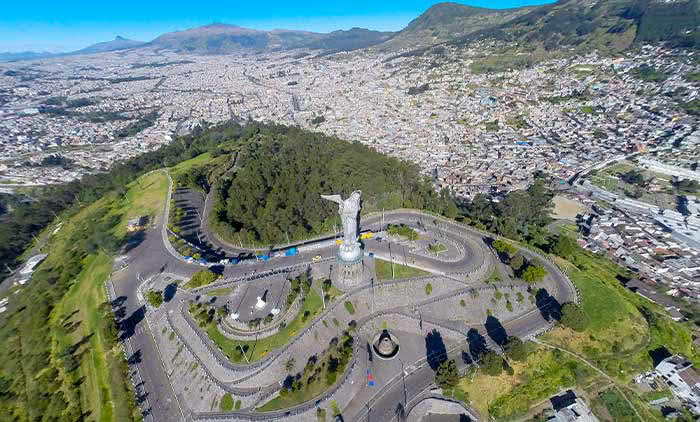 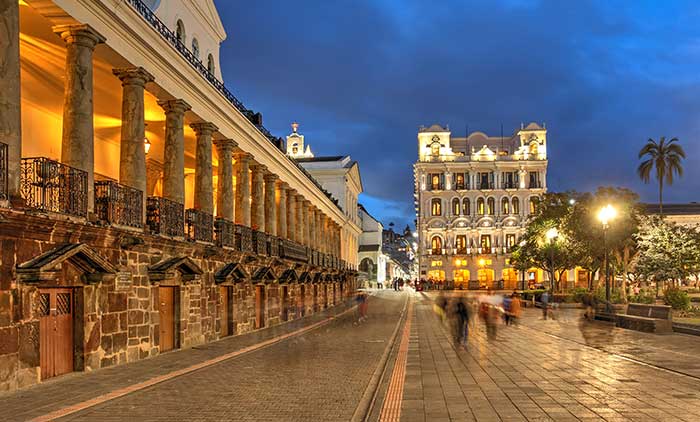 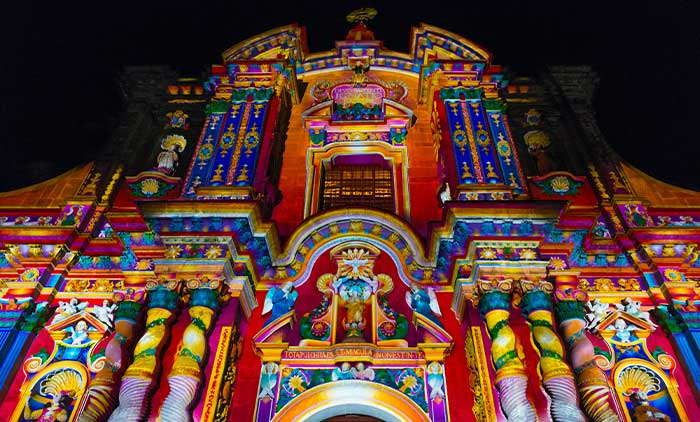 Church of the Society of Jesus 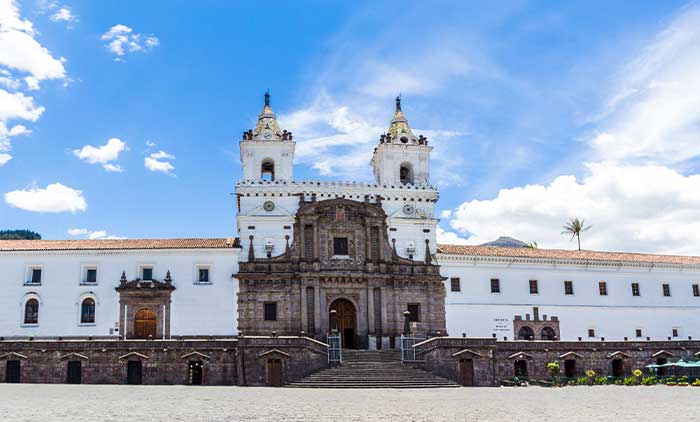